[This post was originally written in June 2009 for my old blog, Lijiang Times.]

One of the common misconceptions about the Dongba script is that it’s not really a living, working writing system. Phish!

Whilst tactically avoiding instant inebriation at the hands of the Dongba priest He Xiudong’s self-brewed paint stripper (baijiu) one afternoon, I discovered his phonebook. Now, He Xiudong can’t write Chinese, so everything he notes down is in the Dongba script – including the phonebook. This means all the names are wrriten in Dongba, and Chinese names are transliterated phonetically. The phonebook is written on traditional Dongba paper. 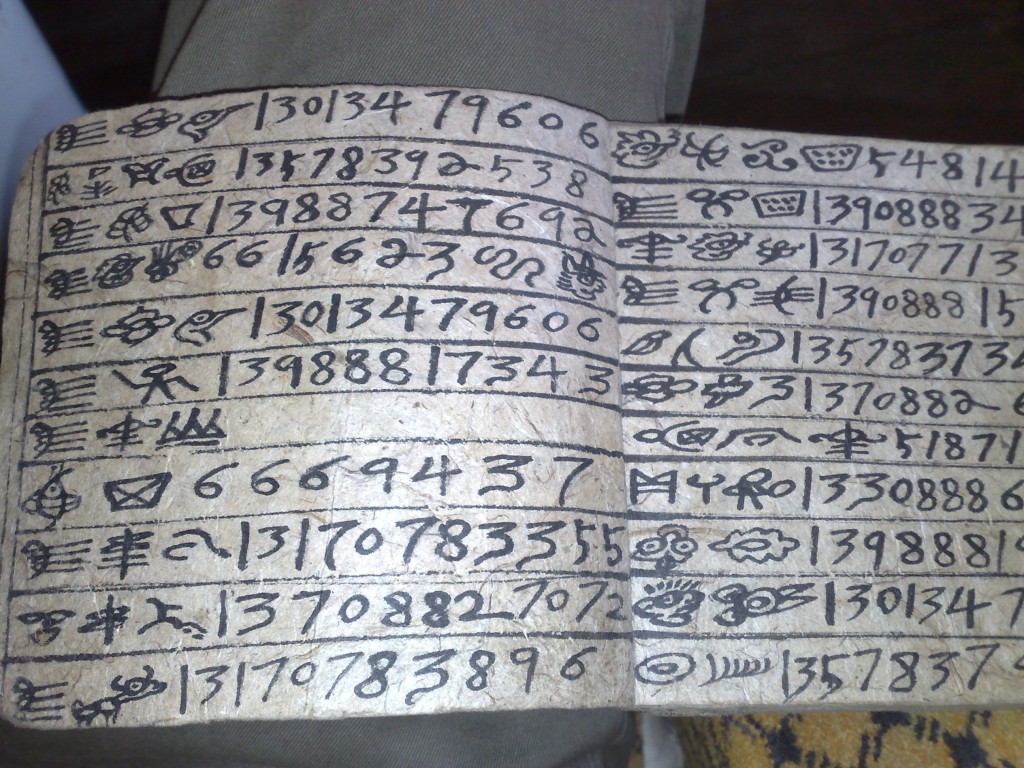 ho33 (Chinese 和 he), the Naxi character for which means ‘ribs’. Ho is a traditional Naxi family name (and incidentally the name of all the Dongbas at the Lijiang Dongba Culture Research Institute). Ten out of the twenty-two names listed on these two pages share this same surname.

2 thoughts on “A Dongba’s phonebook”