First of all, many apologies for my extended leave of absence from Naxi blogging. Has it really been four months?

I’ve always wanted to translate some more examples of secular Dongba text as there are plenty of people who still believe the script to be not much more than a ritual tool. The following text (essentially a record of a prescription payment) was collected and published by Naxi scholar Yu Suisheng 喻遂生 in his Naxi Dongbawen Yanjiu Conggao 纳西东巴文研究丛稿 (pp 264-66). It is an extract from the notebook of an old Dongba priest, who would jot down notes to help him remember important pieces of information. The text is not dated, but is a good example of everyday use of the script.

In the book (read from top to bottom, starting from the left): 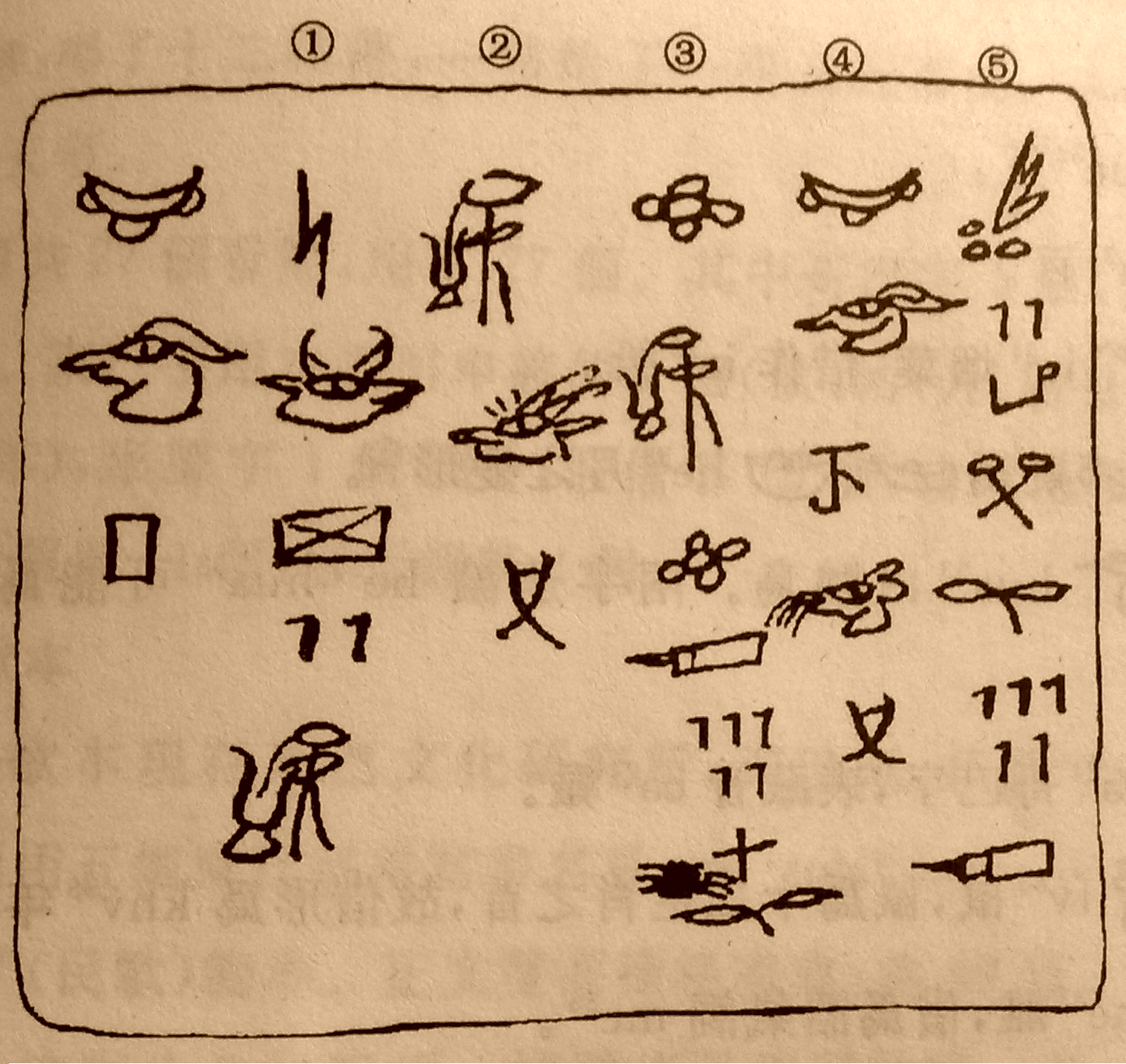 In IME (read from left to right): 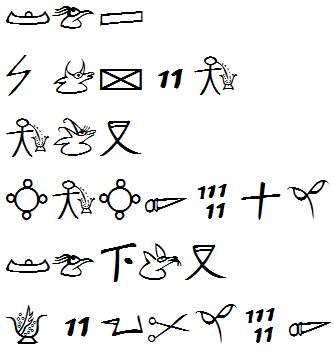 English word for word: He / Hua/ board (Yu Suisheng gives no gloss for this line; I believe this character is used as a loan for ‘mixing together medicine’, ie. prescription, as Rock gives the meaning: “to put together; to mix, as medicine” in his Na-Khi English Encyclopedic Dictionary)

* the first two characters read together are phonetic loans for medicine, tʂhər55 ɤɯ33. Naxi script has its own character for medicine, with the same pronunciation

*these two characters are used together phonetically to represent ‘He Hua’, a name

*the characters ‘scissors’ and ‘tobacco’ are used together as loans for tɕɘ55 iɘ55, money

Prescription for He Hua

There are 27 syllables and 27 characters (26 Dongba pictographs, and 1 geba phonetic). There are 15 phonetic loan characters, 58% of the total. 11 of those loans are of identical phonetic value, the other 4 are of similar phonetic value.

The most recent year of the rooster was 2005.