I have always liked novelty chess sets. Don’t get me wrong: I’m a horrendous chess player. I tend to get consistently out-thought by first-timers. Still, there’s something that appeals to me about chess sets.

I think my first novelty chess set was probably an imitation set of Lewis chessmen that I bought on a family holiday in Scotland, but it wasn’t until recently that I discovered novelty Chinese chess sets. The game of Chinese chess doesn’t really lend itself to interesting pieces: generally speaking, the pieces are all the same size, and the same lozenge shape; and the different pieces are distinguished by written characters printed on their topside. 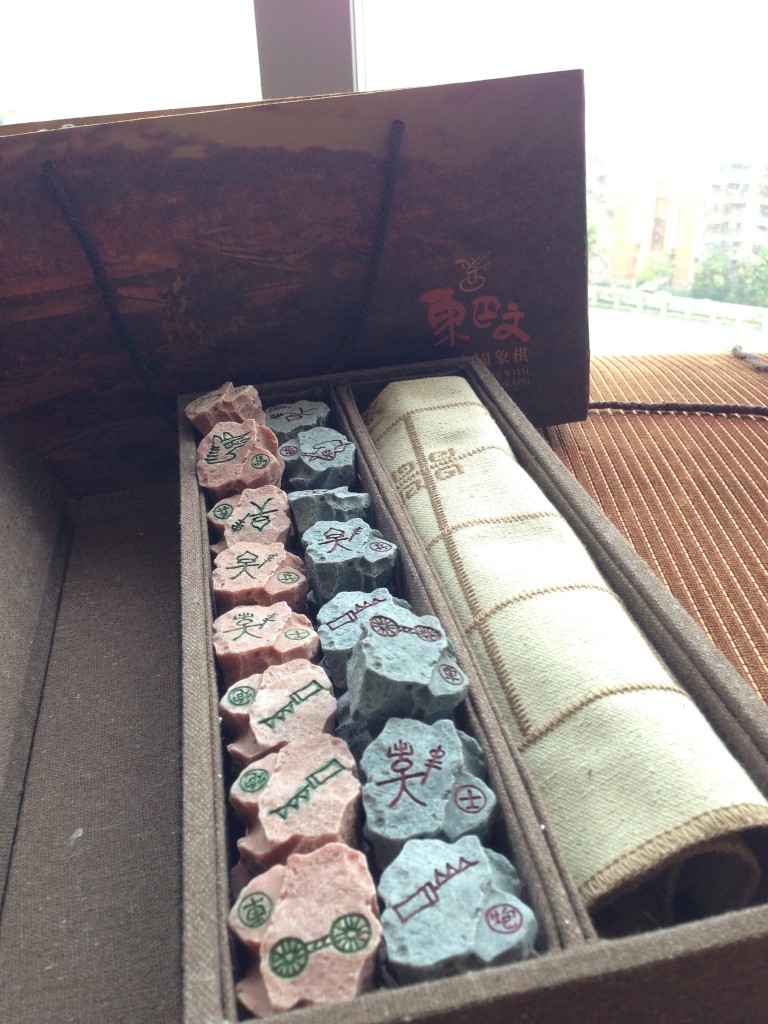 Taobao is a wonderful thing. You can find nearly anything on Taobao; and ‘Chinese Chess with Dongba Pictographs’ is one such thing. This comes from a shop that also sells Oracle Bone chess sets and Bronze Script chess sets, both of which are also very cool.

Anyway, it’s just a chess set; but it’s rather well presented. You get a leaflet explaining the pieces (even though the Chinese characters can be found in the corner of each piece) and a nice box, with a cloth map that has the Dongba character for river on it too.The pieces are ‘imitation stone’, whatever that means, and of course, the Dongba script serves to differentiate them. 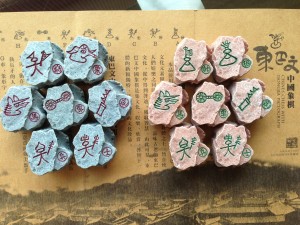 The Naxi script works for Chinese chess because it is so visual.A horse is depicted by a horse’s head, so the ‘horse’ piece is very easy to spot. Likewise the elephant. The ‘chariot’ is the Dongba character for ‘vehicle’ – two wooden wheels connected by an axle, and the ‘cannon’ is the Dongba character for, yup, ‘cannon/artillery’ which shows a barrel with fire coming out of the nozzle. All the various human pieces are depicted with their Dongba equivalents – stick-figure generals with flags, bodyguards and soldiers waving spears, seated ministers… 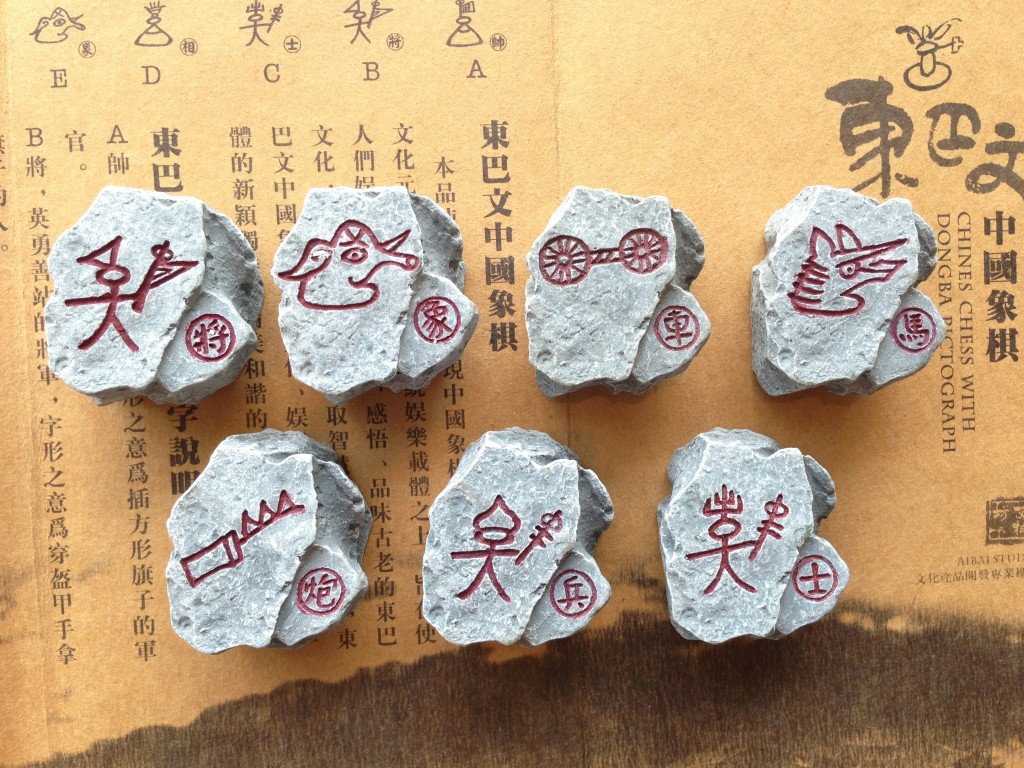 The characters themselves are taken directly from the Naxi script IME, which itself is derived from Fang’s dictionary. There’s a case to be made to make this character set the ‘standard’ for Dongba, but let’s not get ahead of ourselves. These are the pieces, with their Naxi pronunciation, meaning and Chinese chess character:

I’m not sure how often this will get used, but it’s a great addition to my collection of Naxi paraphernalia nevertheless.