In the heart of Lijiang’s old town, before the now-famous gates of the Mu family mansion (home of the region’s ruling family during the Ming and Qing), lies an archway. 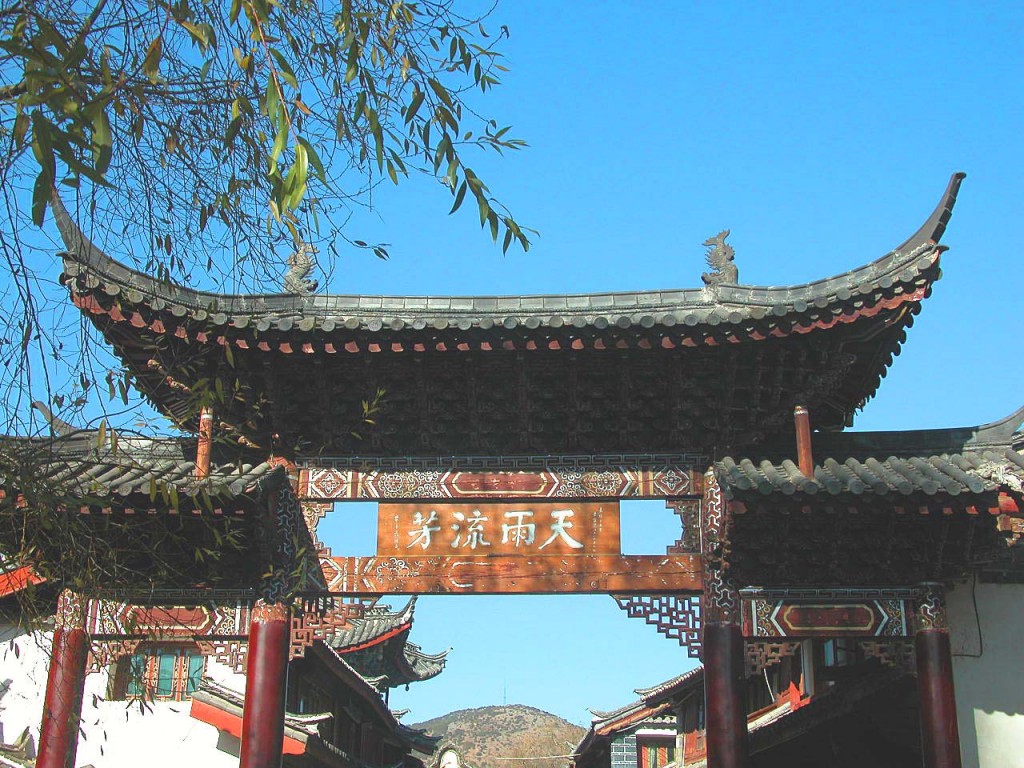 Four Chinese characters are inscribed on the horizontal beam of the arch: 天雨流芳tiān yǔ liú fāng.  Literally, this reads ‘sky / rain / flow / fragrant (the last two characters could be read together to mean ‘leave a good reputation)’, and I have long had a vague curiosity about its actual meaning as a phrase[1].  Only recently did I discover that it is a phonetic Chinese transcription of a Naxi phrase, t’e33 ɯ33 ly21 fæ33, which means ‘go and study’.

Here t’e33 ɯ33 means ‘book’, ly21 ‘to read’, and fæ33 is the imperative form of ‘to go’; the first three morphemes can in this case be combined to form the verb ‘to study’ – ‘to read books’, just like the Chinese 读书 dú shū。 A translation might be: ‘Go forth and study!’

Now in the Naxi script: 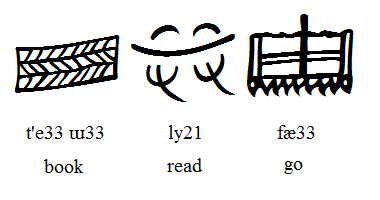 Note that here the character for ‘saw’ is used as a phonetic loan for ‘go’ (imperative).