Even if you only want to read ancient scriptures, you have to know how to say, or at least think, the words you are reading.  What follows is the Naxi pronunciation chart from Fang Guoyu’s Dictionary of Naxi Pictographs, written in the international phonetic alphabet and kindly read by retired Naxi scholar Li Jingsheng 李静生. (Click to enlarge). 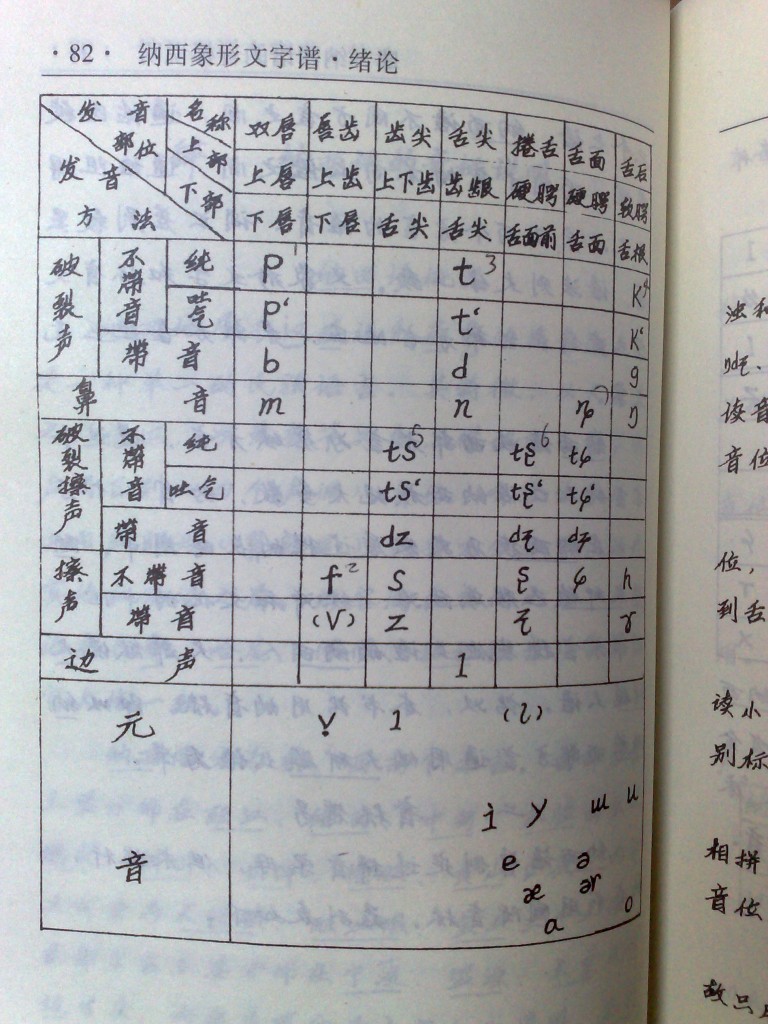 (and now the vowels read horizontally, top to bottom – 元音）ʏ (next two on this line are not read out)
i, y, ɯ, u
e, ə
æ, ər
a, o
Tones
Naxi, being a tonal language, has four main tones.
1) the mid level tone – pa˧ (33)
2) the high level tone (similar to the first tone in mandarin) – pa˥ (55)
3) the low rising tone (similar to the second tone in mandarin) – pa˩˧ (24)
4) the falling tone (similar to the fourth tone in mandarin) – pa˧˩ (21)
Because the IPA tone markers are slightly unwieldy, I have used the numeric annotation system to describe tones in the IPA transliteration throughout this site.
Alexis Michaud, of the University of Paris, has done a lot of work on tones in Naxi and you can visit his homepage here, from which you can find links to some of his articles available to download. These treat the subject in a lot more depth than I could ever hope to.