On a recent visit to Shaoxing, we had the good fortune of being given a tour around the Mausoleum of Yu the Great (大禹陵), which was refreshing in that there were far fewer tourists paying their respects to Yu the Brilliant (I like to think of him as a kind of backwards version of King Canute) than there were visiting Lu Xun’s ‘former residence’ in the main part of town. Lu Xun’s old gaff was mobbed.

On a path leading up the hill that is, according to legend, the final resting place of the mythical tribal leader, we passed a large ceremonial cauldron with two characters inscribed on its front (see below). 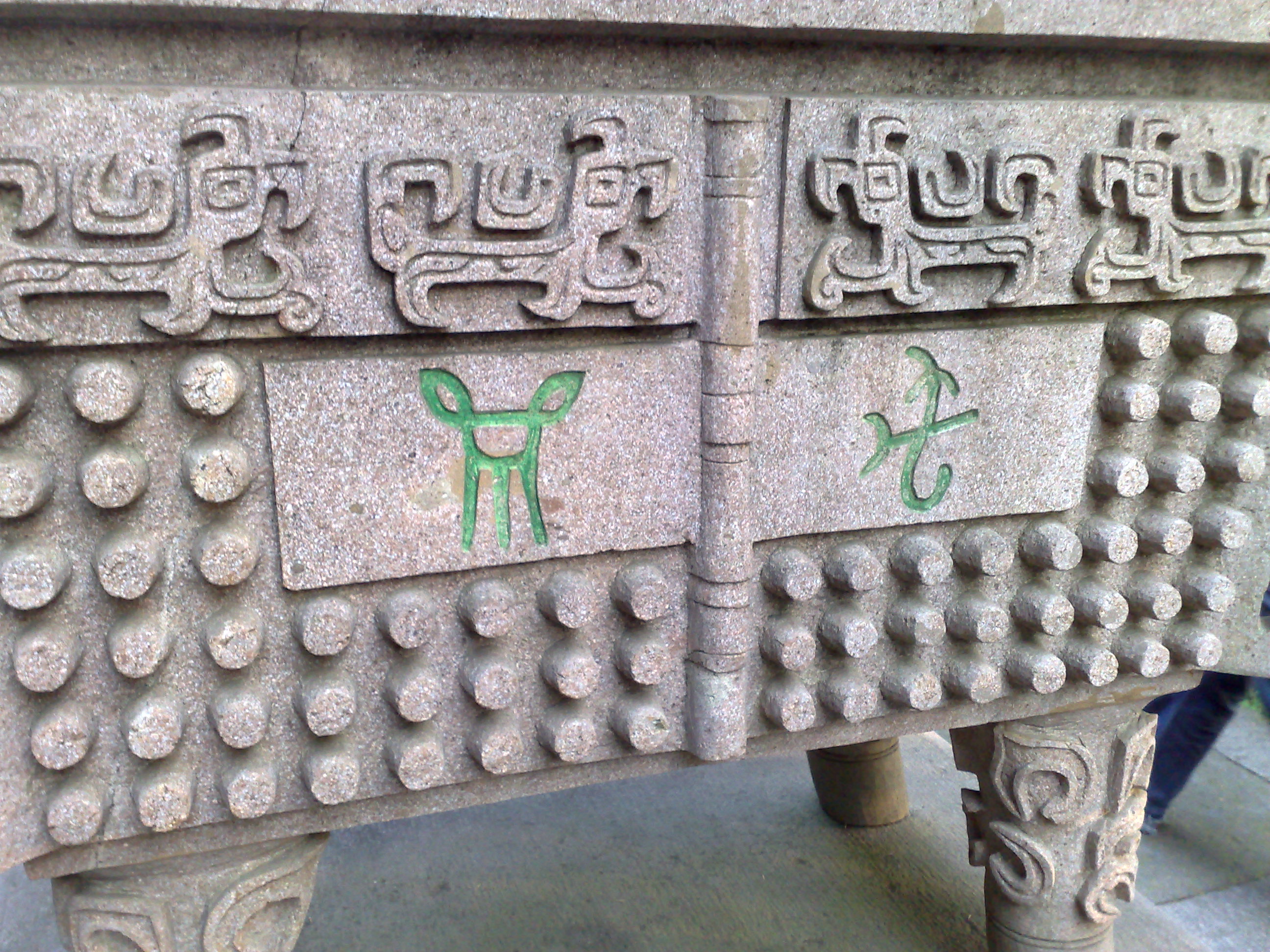 I immediately recognised the second character (on the left) as the (in this case pictographic) Dongba character for ‘garlic’,

gɤ33, which is often used in Dongba scriptures as a phonetic loan for the Naxi gɤ33, roughly equivalent to the modal ‘will’. Of course, there’s no way that it actually meant ‘garlic’, after all this is in Western Zhejiang province, not Northwest Yunnan, right? It’s actually fairly obviously a pictographic representation of a 鼎 ding (cauldron), and a quick visit to Chinese Etymology confirms that it is indeed a Bronze character for 鼎 –

. The first character is Bronze script for 禹, so the characters translate to ‘Yu’s cauldron’. The cauldron itself is classified as a 方鼎 fangding (square cauldron).

It’s neat that two pictographs can be so exactly alike, and yet have such different meanings. In fact I’d be interested if anyone can elucidate the pictographic representation of ‘garlic’ in gɤ33, as I’m just not seeing it. If you told me it was a cat’s head in upward motion, now that’s something I could believe… 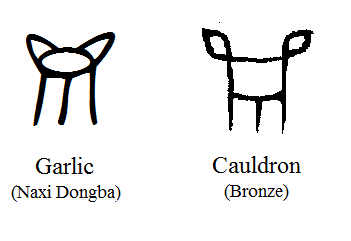 3 thoughts on “Of garlic and cauldrons”