I’ve been meaning to write this post for some time, but work, and an increasingly busy schedule, have been constantly getting in the way.

I noticed on a recent trip to Lijiang that the shop signs along some of the city’s major shopping streets have all been redone – now with added Dongba script – sometime over the past half year. Previously a majority of shops in the old town proper had shop names translated into the Dongba script on their signs, but now most of the shops on Minzhu Road 民主路 (a busy new-town thoroughfare that loops round the western edge of the old town) boast Dongba script on their signage as well. I assume this is the result of local government policy.

This is interesting because many major brands have been forced to come up with Dongba names, but it’s also slightly irrelevant because the vast majority of people will have no idea what the script says.

I have photographed a couple of examples 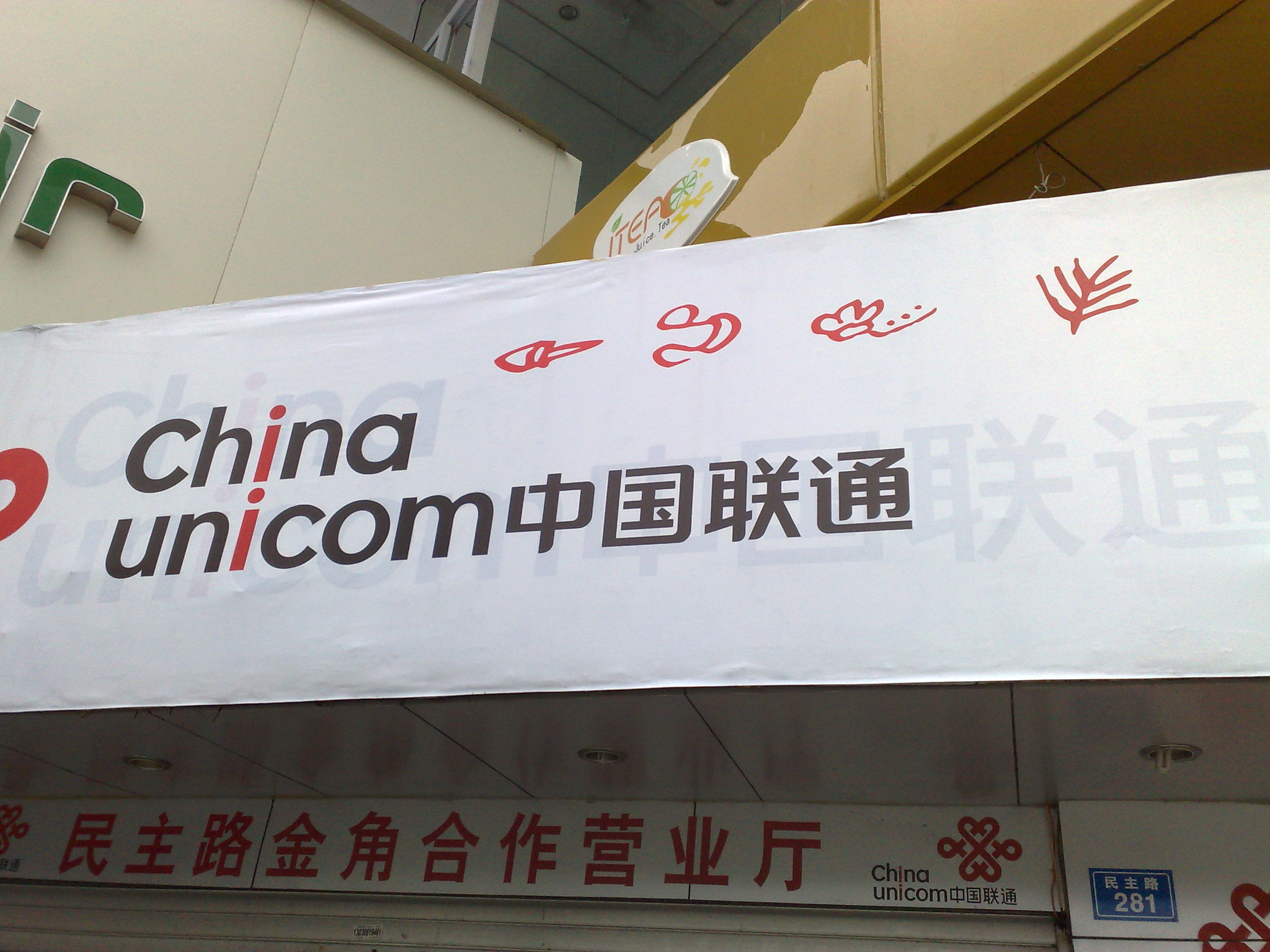 You can’t go very far in urban or rural China without seeing a China Unicom shop or logo. The Dongba script here is a simple phonetic translation of 中国联通:

, tʂu33 kuə55 lər21 t’o33,the four characters here literally translate to awl, scraper, shout and pine. Note there has been no attempt to translate the meaning of Zhongguo – ‘China’, and liantong – ‘link together’ (certainly the Naxi do have a word for ‘China’,

ha33 ba33 dy21, that translates as ‘land of the Han’). I suppose it’s easier this way when actually speaking Naxi, as people will recognise the name ‘China Unicom’ phonetically. 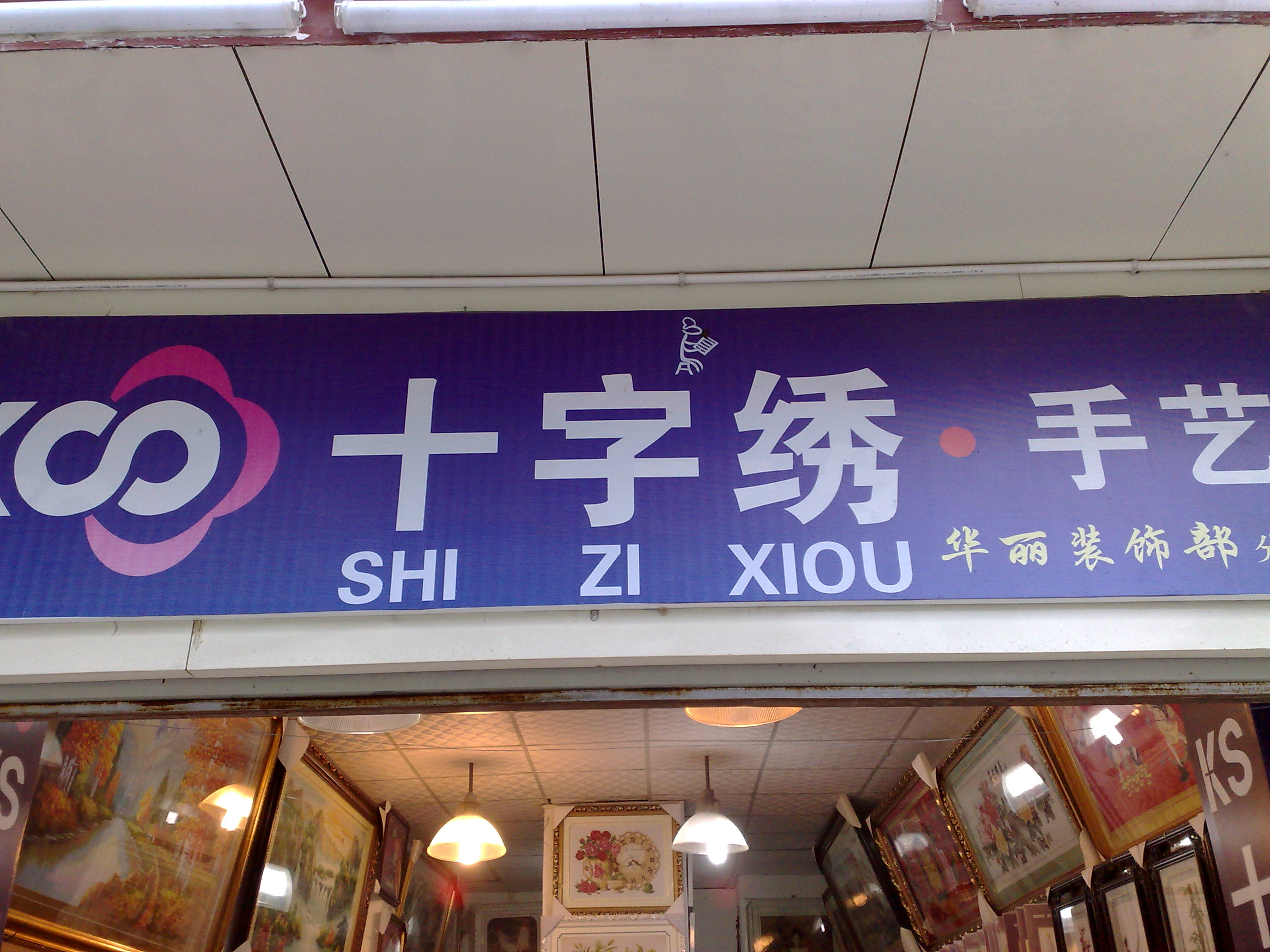 This little shop sells various cross stitch DIY kits. Notice that the Chinese for cross stitch, 十字绣 shizixiu has been translated into Naxi as the single character

da33, a verb meaning ‘to sew/stitich’. Also check out the incorrect pinyin ‘xiou’, I guess the farther you get from the centre of the universe (Beijing), the more mistakes crop up in pinyin.

This cannot be a really serious measure to promote the local written language, and I’m more inclined to think of it as a tourism gimmick. I can hardly imagine a distressed KFC or China Unicom Lijiang area manager calling head office asking for an official translation of the company name in Naxi, and the translations were probably all done by a team of several Naxi Dongba priests with no system of verifying translations for their phonetic/semantic accuracy.